Please note that we will be mostly waiting for the full NDA drop before we post updated information on Alpha-1, but we will continue to post information that has specific citeable sources from Intrepid.

The Summer crowdfunding campaign was an extension of the Kickstarter campaign to accommodate those who couldn’t participate in Kickstarter.[1]

Guild themed character cloaks were cosmetic rewards for backing at the Leader of Men level or higher in the Kickstarter and Summer crowdfunding campaigns.[6]

Kickstarter/Summer crowdfunding guild rewards[7] are assigned to a guild by the owner of the reward.[8]

Kickstarter/Summer crowdfunding mount rewards are obtained and utilized by applicable backers in the following way:[9] 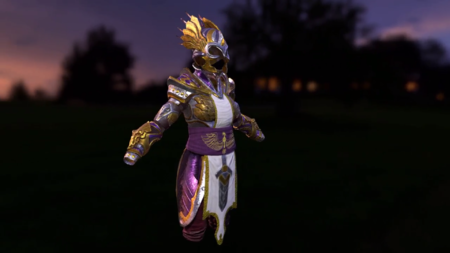 Dyes are one-time use items that apply a cosmetic color change on certain dyeable items.[13][14]

The Kickstarter dyes are sets of unique colors that are not obtainable by players who did not participate in Crowdfunding. These dyes are not usable as normal dyes are. Instead they are used to override the color of another dye obtained in game.[15]